Fertigation is the injection of fertilizers, used for soil amendments, water amendments, and other water-soluble products into an irrigation system. Fertigation is related to chemigation, the injection of chemicals into an irrigation system. The two terms are sometimes used interchangeably, however, chemigation is generally a more controlled and regulated process due to the nature of the chemicals used. Chemigation often involves insecticides, herbicides, and fungicides.

Fertigations is practiced extensively in commercial agriculture and horticulture. Fertigation is also increasingly being used for landscaping as dispenser units become more reliable and easier to use. Fertigation is used to add additional nutrients or to correct nutrient deficiencies detected in plant tissue analysis. It is usually practiced on the high-value crops such as vegetables, turf, fruit trees, and ornamentals. 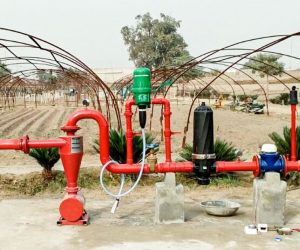 HSI is the country’s top provider of turnkey irrigation solutions. We provide “Fertigations Tanks” for irrigation from the greatest world-renowned firms, assuring quality at the most competitive pricing. Many world-renowned companies have sole authorized dealerships with us.

Dosatron Chemical Injectors Are Water-Powered So No Electricity Is Needed. Dosatron water-powered, non-electric chemical injectors are the easiest, most reliable way to accurately inject chemicals into water lines. Dosatron injectors work using volumetric proportioning, ensuring that the chemical mixture remains the same regardless of variations in pressure and flow.

When water enters the injector, it triggers the hydraulic motor, which begins moving up and down inside the body of the injector. On the up stroke, the Dosatron draws fluid up from the concentrate tank in an action similar to a hypodermic syringe. On the down stroke, the concentrate is displaced into the mixing chamber, where it is mixed with the water flowing through the unit. Then the water-and-chemical mixture is discharged into the water lines.

This range allows to :

This range allows to :

Venturi Injectors work by forcing water through a conical body which initiates a pressure differential between the inlet and outlet ports. This creates a vacuum inside the injector body, which initiates ozone suction through the suction port. One of its applications is Fertilizer and chemical injection through drip and sprinkler irrigation systems

• It is important to choose the model size carefully; too large and the unit will not draw the fertilizer at all, too small and you will restrict the flow of the system.
• If in doubt always choose a smaller size, put it on a bypass assembly which allows you to adjust the flow through the Venturi injector and does not restrict the flow as much. 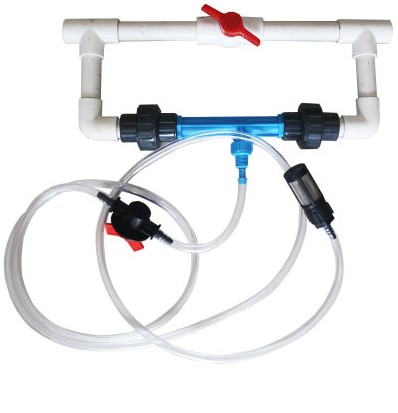 • Commercial grade one with no moving parts.
• It works by suction and will draw liquid fertilizer out of almost any container you provide.
• Can be plumbed on a bypass for less restriction (the preferred method), or directly into the main water line.
• All sizes have Male Pipe threads on the inlet and outlet, which are easily adapted to hose threads.

It is used for the application of fertilizers or chemicals directly into the water stream. In our production, it is available 60 lt. 100 lt. 200 lt. 300 lt. 400 lt. tanks. Before epoxy coating, all tanks are applied to sand blasting phosphating process for surface cleaning. High resistance to UV and rust.